You are here: Home / Mediterranean / Both sides of Libya divide said to be making separate plans to attack Sirte 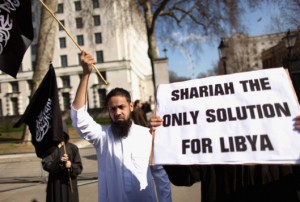 Both sides of the political divide in Libya appear to have been galvanized into action by IS’ repression of last week’s uprising in Sirte but there is no sign of any cooperation.

House of Representatives member for Sidra Saleh Fhaima told the Libya Herald that events in Sirte would be the main issue in  Monday’s sitting in Tobruk although there were also plans to discuss the planned national unity government. He also said that that following an HoR appeal to the army’s general staff for action, it was now preparing an attack force.

Meanwhile, the head of Sirte military police which supports the Tripoli-based Libya Dawn regime is reported saying that western units were now on the outskirts of Sirte and were awaiting orders to launch an offensive against the Islamic State (IS). This would happen, he claimed, within the next few days.

For his part, Ibrahim Jadhran based in Ajdabiya has also called for action, but says that his forces have insufficient equipment to fight IS. Calling for more arms, he said that his men had just enough to protect the oilfields.

Today, there were reports of fresh air attacks in Sirte, hitting IS targets at the university and the municipal buildings. Sounds of heavy explosions were heard, although the outcome of the strike is not known.

On Tuesday, the Arab League is to meet to consider Libya’s demand for Arab airstrike against IS. The Libyan demand is said to be supported by Egypt following a meeting between Libyan Foreign Minister Mohamed Al-Dairi and his Egyptian counterpart Sameh Shoukry.