You are here: Home / Europe / Bosnian charged with attempting to join Islamic State

Amir Haskic from Sarajevo, aged 23, was charged with attempting to join the radical Islamist group last year with the intention of going to fight in Syria, like reported by balkaninsight.com 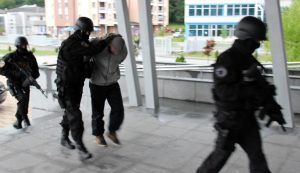 The Bosnian prosecution on Tuesday charged Amir Haskic with contacting members of the so-called Islamic State via the internet in November 2017 with the intention of going to fight in Syria.

The prosecution claims that Haskic created a plan and secured the necessary funds to join the Islamist militant group.

It also alleges that Haskic said that “he will burn his Bosnian passport after his arrival in Syria, and as a member of this so-called Islamic state terrorist group, he will participate in the armed conflicts in Syria”, according to a prosecution statement.

The indictment has been forwarded to the Bosnian state court for confirmation.