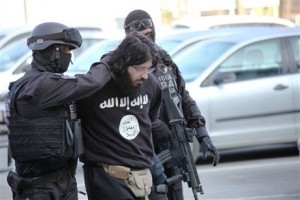 Bosnian prosecutors on Friday charged 12 people suspected of fighting with the Islamic State group in Syria and Iraq with terrorism offences, AFP reported.

The 12 Bosnian nationals were charged with “becoming part of a terrorist group and illegally participating in conflicts in Syria in Iraq” during 2013 and 2014, a prosecutors’ statement said.

Some of the accused were detained while others were being kept under house arrest.

“An investigation against all of them has been ongoing for the past six moths,” spokesman Boris Grubesic told AFP.

If found guilty the suspects face up to 20 years in jail under a law adopted by the Balkans country last year.