You are here: Home / Europe / Boris Johnson calls for air strikes to save Palmyra 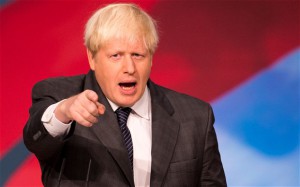 The London Mayor expresses his fears for Palmyra, a UNESCO world heritage site, a day after fighters seized the north of the town.

Anti-government activists said the militants were just over half a mile from the priceless ruins.

Mr Johnson, who has the right to attend David Cameron’s political Cabinet, says he is lobbying for Britain to take military measures.

Writing in The Daily Telegraph, Mr Johnson says he feels “almost physical sickness at the idea of surrendering this urban masterpiece to the monsters of Isil”.

Palmyra, he says, is worth fighting for: “It may not be too late for some kind of exclusion zone, or at least for air strikes. I would hope that our country… would lead the world in calling for action.”