You are here: Home / Europe / Bomb thrown at Iranian-Swedish politician’s home after she criticized Iran’s regime 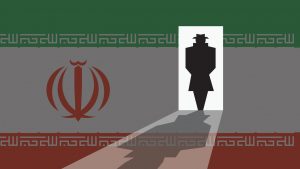 An incendiary bomb was thrown at an Iranian-Swedish politician’s home after she received threatening phone calls over her criticism of the Iranian regime, like reported by alarabiya.net.

Soheila Fors, an Iranian-born member of Sweden’s Christian Democrats party, said on Sunday that her family was awakened by the sound of the bomb that was thrown onto her porch in the middle of the night.

“Around 01:00 a.m. on Friday my family woke up to the sound of a loud explosion. An incendiary bomb had been dropped on the porch,” Fors said in an interview with the United Associations for a Free Iran (FFFI), a Sweden-based Iranian opposition group.

Prior to the incident, Fors had received several threatening calls from unknown men. She said that she believed that the attack is related to her criticism of the Iranian regime.

“[The unknown callers] threatened to kill me and my family because of my activities against the regime in Iran,” Fors told FFFI.

“My only takeaway is that the Iranian regime was behind this attack,” she added.

“I am neither surprised nor afraid, but I am worried about the safety of my children. My eldest daughter, who lives in the US and is visiting us for the summer holidays, is still in shock.”

Swedish police launched an investigation into the incident.

“If you ever read that I am gone, know that the Iranian regime is culpable,” Fors wrote on Facebook.

Iran has a long history of targeting dissidents abroad, especially in Europe. Last month, an Iranian Kurdish activist survived an assassination attempt after he was “seriously injured” in a knife attack in the Netherlands.