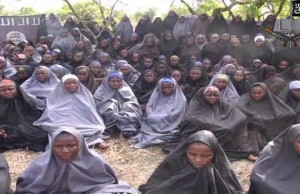 Indications have emerged that Boko Haram insurgents have given the Federal Government some conditions for the release of more Chibok girls.

A source with details of the negotiation says unlike the release of the 21  girls last Thursday, the release of the remaining girls will be strictly based on the swap of about 16 of the group’s Commanders held in detention and payment of ransom.

Out Of the 219 Chibok girls still missing, only 104 were left as the rest had been married off to top commanders of the sect and converted to Islam, Vanguard reports.

The report claimed that the Islamic group will insist on an upfront payment of huge cash by government before freeing the captives.

According to the source, “The truth is that those Chibok girls are now Boko Haram members, having married the sect members and become radicalised.

“The remaining 83 girls are with a top leader of Boko Haram and those are the only ones we are going to work for their release in the next phase of our negotiations which starts immediately.

“The others had since become Boko Haram members, having been married off and radicalised into Boko Haram as soon as they were captured over two years ago.

“I think the guys are settled on the idea that the cash must come ahead of the release since they had proved to government that they are reliable by releasing the 21 girls, last week, without many conditions attached.”

This revelation is coming at a time when President Muhammadu Buhari expressed optimism that more of the abducted Chibokgirls will be released.