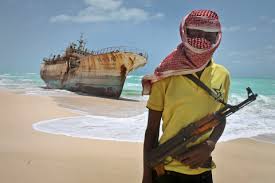 Boko Haram has overtaken Isis as the world’s most deadly terrorist organisation, according to a new report.

In comparison, Isis is believed to have killed 6,073 people in the same period. Boko Haram pledged allegiance to the group, also known as the Islamic State, in March of this year.

Over the past year Nigerian witnessed a 300 per cent rise in fatalities from terror acts to 7,512. This is the largest increase in terrorist-caused deaths ever recorded by any country, and is predominantly down to Boko Haram’s expansion.

In 2013, Nigeria ranked fifth in terms of the highest levels of deaths, but moved to second last year.

Boko Haram is not limited to Nigeria: in 2014 the group doubled its attack and expanded into Chad and Cameroon, in 2014 staging 46 attacks and claiming 520 lives.

While increased use of explosives and bombs – thanks to training from other terrorist outfits – has characterised more recent Boko Haram attacks, the majority of attacks remain armed assaults using machine guns.