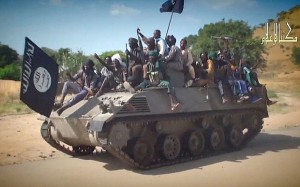 Niger Republic has imposed a state of emergency on the South-Eastern region of Diffa where 40 people were killed in recent attacks blamed on the Insurgent group Boko Haram.

A statement by the Nigerien Authorities on Thursday said that the 15-day state of emergency would allow authorities to beef up security, impose a curfew and restrict the movement of goods and people.

It would be recalled that the government instituted similar measures in February.
Niger, Cameroon and Chad have all suffered a spillover of violence from Boko Haram’s northern Nigerian strongholds and Niger has arrested at least 1,100 suspected Boko Haram militants this year.