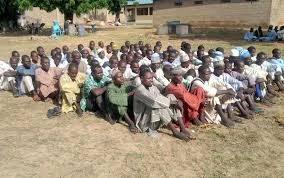 About 240 members of the Boko Haram militia and their families gave themselves up to the Nigerian army in neighboring Chad, the military’s Chief Public Information Officer Muhammad Dole said.

“Boko Haram terrorists and their families abandoned their locations and surrendered with their arms to the nearest locations of the ground forces in the operation areas,” Dole said late Monday in an e-mailed statement. “They are being profiled and camped in Bagasola” in northeastern Nigeria.

The group brings to 464 the number of people that have abandoned the group in the Bagasola region of Chad, according to the statement.

The Islamist militant group has been fighting since 2009 to impose their version of Islamic law on Africa’s most populous country, in violence that has left an estimated 20,000 people dead and displacing 2.4 million others.