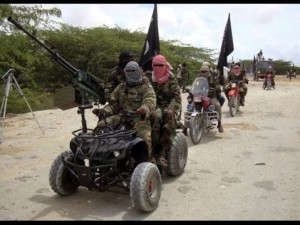 Boko Haram militants riding on motorbikes and horseback attacked a village in southern Niger overnight, killing at least five people, two security sources said on Wednesday.
The attack follows a night-time raid in which the group killed 38 people in the same region near the Nigerian border less than a week ago. “Boko Haram attacked overnight on 23 June the village of Yebi, near Bosso.
The terrorists came on horseback and motorbikes and killed at least five villagers,” one of the sources said. The second source confirmed the attack, adding that the attackers had later set fire to the village.
Despite a regional military operation to beat back Boko Haram, southern Niger has been attacked dozens of times this year. Its government has declared a state of emergency for the region and has arrested more than 600 people it accuses of links to the group.