You are here: Home / Analysis / Boko Haram like Islamic State 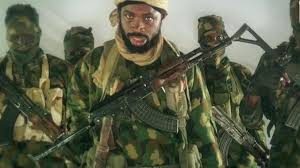 October 27, 2019, has been recorded as the day the world’s most wanted fugitive terrorist leader and founder of the Islamic State (ISIS), Abu Bakr al-Baghdadi, met his end, when he detonated his suicide vest after fleeing into a tunnel, chased by trained United States military dogs. Unfortunately, he held his three kids to himself before detonating the suicide bomb vest. Thereby killing himself with his children. What a brute. Records show that Baghdadi, whose real name was Ibrahim Awwad Ibrahim al-Badri, had a reputation as a highly organised and ruthless battlefield tactician, like reported by sunnewsonline.com.

He was described as the world’s most wanted man. He was born near Samarra, north of Baghdad, in 1971, and reports suggest he was a cleric in a mosque in the city around the time of the US-led invasion in 2003. Some believe he was already a jihadist during the rule of former Iraqi leader Saddam Hussein. Others suggest he was radicalised during the time he was held at Camp Bucca, a US facility in southern Iraq, where many al-Qaeda commanders were detained. On the other hand, the affiliate of ISIS terrorist group, known as the Islamic State in West Africa or Islamic State’s West Africa Province, formerly known as Jam’at Ahl as-Sunnah lid-Da’wah wa’l-Jihad and commonly known as Boko Haram, was founded in 2002, by Yusuf Abubakar, who was killed by security agents in Nigeria before a ruthless killer known as Abubakar Shekau was enthroned as its leader.

Boko Haram is a a jihadist terrorist organisation based in northeastern Nigeria, also very active in Chad, Niger and northern Cameroon. Intrestingly, the same fate that befell the ISIS leader had been experienced by Abubakar Shekau in his hideout inside Sambisa forest early this year when a special squad of the military, aided by the Air Force, stormed his hideout, in what the Nigerian military described as a successful operation in which the Boko Haram leader was killed. Sequel to that operation, the government believed the group has been largely decapitated.

While the world is rejoicing over the elimination of the ISIS leader by gallant US Special Forces, the announcement by the US President Donald Trump further gave the covert military operation the needed boost, unlike what took place in Nigeria, where the killing of Shekau was left to be announced by the minister for information, instead of the Commander-in-Chief and President of Nigeria. This attitude has been eroding the operational activities of the military. It downgrades their morale and dampens their patriotic zeal.

Since his elimination, the activities of Boko Haram have plummeted as Nigerians have not witnessed their dastardly operations exhibited anywhere in the North East of Nigeria nor in Chad and Cameroun. The decimation of Boko Haram is a plus for the Nigerian military. It means an open gate for commercial and human activities. However, with the death of the ISIS leader, there is the urgent need for security agencies around the world, especially in the countries where ISIS has footholds and affiliation with terrorist groups operating in those coountries, to buckle up and be more vigilant. You don’t kill a leader with spread tentacles around the world and go to sleep. The world should expect reprisal attacks from the group.

Except the world security shares intelligence information by not being selfish, countries with poor and porous intelligence may be easy targets of these merciless group. Many lessons to be assimilated from the entire operational details as graphically described by President Donald Trump. One is the absolute secrecy of both the intelligence gathering and the entire operational exercise. It brought to the fore, the importance of intelligence in fighting terrorism. This goes to show that with a dependable intelligence gathering, both the balance of the abducted Chibock girls and Liad Shuaibu including many others not publicized would have been detected and freed. It further goes to show the importance of intelligence gathering in curbing the excesses of kidnappers, bandits,Armed robbers and other criminal activities that had over the years created a big security challenges to security agencies and members of the public.

Even while analyzing the entire US military operation in north-west Syria against lsls leader, it was discovered that  all the hundred personnel of the US special force were patriotic , deligent and very professional. Unlike what we have in Nigeria, where soldiers are all edged toward have sabotage some operational strategies known to them. We have seen soldiers leaking and passing  important informations to the enemies at the detriment of the country.  Some unpatriotic attitudes have been recorded during the decade long waragainst Boko Haram terrorists.  Modern day warfare patterns and strategies evolve  around dependable allies and sharing of lntelligence. According to President Trump,the success of the operation was largely due to the cooperation and  support of its allies.  Not until recently, was the DSS  open to the idea of sharing intelligence with other agencies. If the police cooperate with the DSS, may be , the nuisance of bandits, kidnappers etc would have either been  nib in the bud or their activities drastically minimized.

Furthermore, like lsls, like Boko Haram, it is on record that at the height of the war, the Nigerian President visited the Northern countries of Chad, Niger and Cameroon to seek for their support in the fight against Boko Haram with the Multi- national  joint task force . Such Presidential networking  has its benefits as Nigeria reaped greatly from the alliances just as President Trump succeeded with the alliances of other countries to end the  devilish reign of Abu Bakr al-Baghdadi. That Abu Bakr al-Baghdadi according to President Trump

“ ran into a dead-end tunnel, “whimpering and crying and screaming”, while being chased by military dogs” . This goes to show how cowardly these terrorist folks are. Every of their supposedly exhibited boldness are the result of extra inductive narcotic drugs. It has been observed that criminal can hardly withstand pain and torture except they are on drugs.

l vividly recalled when l was permitted to  interview scores of notorious Armed robbers  around the country for my  second book project . l discovered to my chargrim that these hardened criminals are lily- livered. Also the bandit that attacked and snatched my Blackberry in Abuja could not endure the heavy blows l rained on him  . It was his screaming for help, that attracted his fellow criminals who thrusted  a two-edged dagger into my flesh to prevent me from further assault on their colleague before he was carried away in pain, screaming, and crying like Abu Bakr al-Baghdadi