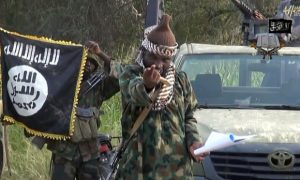 The death of the leader of the Nigerian militant Islamist group Boko Haram has been confirmed by a rival extremist faction that said it carried out the killing on the direct orders of Islamic State’s leadership thousands of miles away in the Middle East, like reported by theguardian.com.

Abubakar Shekau, one of the most infamous leaders of Islamic militant groups anywhere in the world, died last month after detonating an explosive device while being pursued by fighters from the Islamic State West African Province (Iswap). The Iswap fighters had stormed the Sambisa forest, a swath of strategically important, dense forest in Nigeria’s north-east, which was Shekau’s base.

His death both delighted and embarrassed Nigerian and international security services, who spent a decade devoting huge resources on hunting down Shekau.

That the operation against Shekau was launched on the direct orders of the leadership of Isis in the Middle East, which is concerned by Boko Haram’s indiscriminate targeting of “believers”, underlines the continuing global reach of the group through its affiliates and the possibility of further expansion in Africa.

Islamic extremist factions across the Sahel have intensified attacks in recent months, bringing fresh levels of violence in some regions. More than 120 villagers died in an attack in Burkina Faso last week in one of the bloodiest such massacres yet recorded. No group has claimed responsibility.

On an audio tape obtained by Humangle, a respected local news website with strong contacts among insurgents and counter-terrorist agencies, the Iswap leader, Abu Musab al-Barnawi, can be heard telling followers that the death of Shekau came in response to orders from the new leader of Islamic State, Abu Ibrahim al-Hashimi al-Qurashi.

“[Shekau] was someone who committed unimaginable terrorism. How many has he wasted? How many has he killed? How many has he terrorised? But Allah left him alone and prolonged his life. When it was time, Allah set out brave soldiers after receiving orders from the leader of the believers,” he said, according to a report on the Humangle website.

Al-Barnawi’s faction broke away from Boko Haram in 2016 following personal, religious and strategic disputes. The faction was adopted later by the Islamic State’s leadership in Iraq and Syria as its affiliate in the area after Shekau proved impossible to control.

Al-Barnawi, who is seen as a relative moderate among extremist leaders in the region, had been given the leadership role by an “auditing mission” sent from the Middle East by Isis earlier this year, said Vincent Fouche, an expert in Islamist extremism in Nigeria with the International Crisis Group.

Shekau initially escaped the attack on the Sambisa forest, hiding from Iswap fighters for five days, Al-Barnawi said in his statement.

When found, Shekau escaped again, was caught once more and then refused an offer to surrender. Though most of his followers are thought to have either disbanded or switched allegiance, at least one of the various factions that made up Boko Haram is resisting al-Barnawi’s authority.

Shekau was responsible for using young women and girls as suicide bombers as well as the abduction of 300 female students from a college in 2014, in an incident that made global headlines. His unpredictability and tendency towards the most extreme and violent strategies explain the orders given for his elimination.

The death of the former street boy leaves Iswap as the unrivalled Islamic extremist group in the Lake Chad basin region.