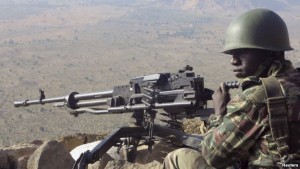 The attack that took place at around 9:00 p.m. (local time), was a surprise one by the terrorist group just like the previous attacks it had carried out on other villages in the region.

The military sources said the attackers also set on fire over 100 houses.

“At the time of the attack, the young girl was sleeping. Her fearful parents had fled the house to escape the violence. It is later they discovered they had abandoned their child in the house,” the sources told Xinhua.

Eight residents of Tika were equally found dead after the attack by the terrorists, with one of them cut into pieces, a criminal method that Boko Haram has come to be associated with.

There were some people who were seriously injured and three vehicles were burnt. The shocked residents of Tika alerted security officers who, unfortunately, arrived after the assailants had left the locality.

“They fled to Lake Chad region using boats,” one of the military sources said.