You are here: Home / Africa / Boko Haram kills 8 for collaborating with Cameroon troops 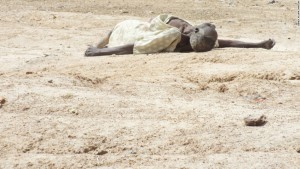 Residents in northern Cameroon say suspected Boko Haram fighters have killed eight people and kidnapped an unknown number of others for collaborating with Cameroon security forces in the nation’s border village of Aisaharde near a military base in Mora.

Pia Robert, a resident of Aisaharde village, near a military base in Mora, said in a telephone interview that about 30 assailants stormed the village early Thursday and moved from door to door reading the names of people from a list. He said when someone’s name was read he was accused of collaborating with Cameroonian soldiers and immediately killed or taken away.

He says three women and five men were slaughtered and their houses were burned. He says Cameroon soldiers arrived three hours after the incident, saw the corpses and started investigations, but it is still early to say how many were kidnapped.

Midjiyawa Bakary, the governor of Far North Cameroon, confirmed the attack, saying a few houses were burned and the military is combing the hills on the border with Nigeria to track the assailants.

Aisaharde is some 10 kilometers from Mora, where there is a base of the joint task force to fight the insurgents. More than two thousand Cameroonian soldiers are at the base.