You are here: Home / Africa / Boko Haram kill 400 in Cameroon 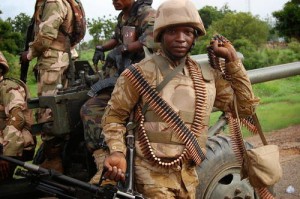 The report, entitled “Human rights under fire: attacks and violations in Cameroon’s struggle with Boko Haram” and published in Yaounde, is based on three research missions in 2015, Amnesty said.

It said the group has killed at least 380 civilians since January 2014.

Cameroonian security forces have responded with raids on villages and the arrest of more than 1,000 people, including children as young as five, Amnesty said.

At least 25 people have died in custody with more than 130 people missing.

“As Boko Haram has brought its violence to Cameroon, civilians have come increasingly under fire,” said Alioune Tine, Amnesty International director for West and Central Africa.

“By killing indiscriminately, destroying civilian property, abducting people and using children as suicide bombers, they have committed war crimes and caused untold fear and suffering to the civilian population.”

“Cameroon’s security forces have killed civilians unlawfully or through excessive use of force. People have been arbitrarily arrested, and many held in inhumane conditions which have led to dozens of deaths.”

Amnesty quoted one witness as saying Boko Haram fighters shot or slit the throats of at least 30 people in the border town of Amchide in a raid last October.

On April 17, Amnesty added another raid saw more than 100 Boko Haram fighters storm the town of Bia, killing 16 civilians, including two children, as well as torch dozens of dwellings while recent weeks have seen a slew of suicide bombings using girls as young as 13, killing more than 70.