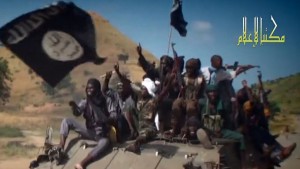 The Islamist militant group Boko Haram has gone out of Nigeria to spread terror in neighbouring Niger for the second time, killing at least 40 people in two towns.

Authorities are now looking for the suspects behind the attacks.

The US Department of State immediately denounced the attack, which comes after the two suicide bombings in neighbouring Chad, killing 34 people on June 15.

“Boko Haram has perpetrated countless unprovoked attacks on men, women, and children in their homes, schools, places of worship, and businesses. We remain committed to working closely with partners in the region to root out the threat posed by the group,” the State Department said in a statement.

“We offer our condolences to the Government of Niger and the families and loved ones of those who lost their lives.”

Authorities in Chad have arrested at least five suspects for the attacks.

“There has been progress,” said Chad’s Interior and Public Security Minister Abderahim Bireme Hamid. “Several suspects, between five and six, have been arrested.”

“Even the burqas for sale in the markets will be withdrawn,” said Prime Minister Kalzeube Pahimi Deubet.

Chad, which has provided military support to Nigeria against Boko Haram, has also hit back at the Islamist militants through aerial assault on the group’s bases in Nigeria, a claim that Nigeria denied, saying the targets were more likely to be in Niger.

“Although the terms of the multilateral and bilateral understanding with partners in the war against terror allow some degree of hot pursuit against the terrorists, the territory of Nigeria has not been violated,” said Maj. Gen. Chris Olukolade, Nigeria’s director of defence information.

Boko Haram has pledged allegiance to the Islamic State, with an ISIS spokesperson saying the goal of creating a caliphate has now expanded to West Africa.