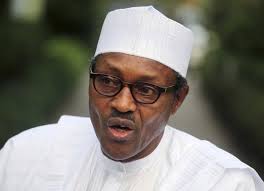 Speaking on the eve of the former army general’s inauguration, they voiced hope that the new Abuja government would crush the Islamist militants accused of using women and children as sexual slaves and suicide bombers

“There is this concern that success inside northeast Nigeria spells trouble for Niger, Cameroon, and even potentially Chad. So there is a lot of focus on regional cooperation,” Robert Piper, UN Assistant Secretary-General and regional humanitarian co-ordinator for the Sahel, told a news briefing.

Thousands have been killed in Boko Haram’s six-year-old insurgency in Africa’s biggest oil producer. The group has already launched attacks on the territory of Niger, Cameroon and Chad.

“The promise from the elected president as a former chief of the army to defeat Boko Haram is also good news for us. However, our expectation is also that while the army is leading the battle and war against Boko Haram, international humanitarian law and human rights will be respected,” said Munir Safieldin, UN deputy humanitarian co-odinator for Nigeria.

Boko Haram, whose name is roughly translated as “Western education is sinful” has been pushed from most of the territory it controlled in the past few months by Nigeria’s army with assistance, at times, from soldiers provided by neighbouring Chad, Niger and Cameroon.

Nigeria’s armed forces killed scores of Boko Haram militants and rescued 20 women and children as part of an operation in the Sambisa forest, the group’s remaining hideout in the northeast, the military said on Saturday.

The army has freed some 700 women held by Boko Haram in recent weeks but the 200 schoolgirls abducted from the town of Chibok last year have not been among them.

“The women and girls who have been rescued from Boko Haram definitely now face a very difficult reality and many dilemmas,” said Safieldin.