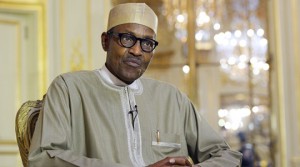 In August, three months after becoming Nigeria’s president, Muhammadu Buhari ordered his nation’s military to end Boko Haram’s insurgency in the northeast of the country by the end of the year. That deadline will come and go, but Boko Haram terrorism will likely remain. In fact, it is threatening to spread to Nigeria’s neighbors.

Buhari, a retired army general, came to office promising a tougher stance against the notorious Islamist group. His government has made progress, but its successes haven’t been sufficient enough to stop Boko Haram. In fact, as Foreign Policy wrote, “the group is as deadly as ever.”

“I think it’s pretty impossible for them to meet the deadline,” said Nigerian security analyst Fulan Nasrullah. “Boko Haram is still in control of Borno North senatorial district. There are still attacks occurring in Chibok, Buratai, Gwoza (in Borno state) and Buni Yadi (in Yobe), as well as in the Gulak region of northern Adamawa.”

Even President Buhari acknowledged on December 7 that his deadline may be shifted.

In November alone, the al Qaeda-related, Islamic State-allied terrorist group killed more than 65 people in Nigeria. In one attack, the assailant was an 11-year-old girl. She killed 14 people.

Since Buhari began his presidency, Boko Haram has murdered 2,000 people. The terrorist group has killed more than 20,000 people and displaced more than 2 million others since the current insurgency in Nigeria began in 2009.

In neighboring Niger in October and November, the group killed about 20 people and burned more than 50 houses in what Col. Mahamadou Abou Tarka described as “scorched-earth” attacks. “Mosques, grocery stores, homes, vehicles, motorbikes—Boko Haram burns everything in its path,” he said. In October and December in neighboring Chad, Boko Haram conducted two triple-suicide bombings that killed almost 70 people.

Nigeria, Niger, Chad, Cameroon and Benin have pledged to contribute personnel to an 8,700-strong task force to fight Boko Haram.

The European Union has expressed its concern over Boko Haram’s growing threat in the region, vowing to “use all available means to help in the fight against terrorism” in West and North Africa.