You are here: Home / Africa / Boko Haram expanding, chance to stop it is now: U.N. official 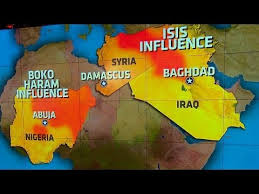 West Africa’s Boko Haram Islamist militant group is expanding and there is only a small window of opportunity to stop it, the top U.N. aid official in Cameroon said on Monday.

Najat Rochdi, U.N. Resident Coordinator in Cameroon, said the group’s strategy was to demonstrate its power by almost daily suicide bombings, often by young girls, while trying to gain territory.

Its offensive was bankrupting Cameroon’s economy and destroying a fragile society, especially influencing the young.

“Boko Haram is giving them a sense, because they are convincing them that it is a sacrifice for the better. So we have to show them that they don’t have to die to have a better life,” Rochdi told Reuters.

There was a chance to do so in Cameroon because Boko Haram recruits were driven by poverty and marginalization.

“If it was Jihadism, we all know, it’s very difficult to compete with God. But because it’s just about having a voice and empowerment and economic opportunities and believing in a future, that’s something we know how to do.”

Boko Haram declared allegiance to the Islamic State group in March and stepped up its suicide bombing campaign, more than tripling Cameroon’s number of displaced people to 158,000.

The group emerged in Nigeria, but it now straddles the borders of Nigeria, Chad, Niger and Cameroon, with numbers estimated at 40,000 and ambitions to set up an oil-rich Islamic state around Lake Chad, Rochdi said.

“We used to have pockets of Boko Haram, it’s definitely expanding. It looks like they are trying to break through inside the country but also towards the borders in the east, the borders with Central African Republic.”

The impact on farming and markets had more than doubled the number of food-insecure people to 2.2 million people, and more than 15 percent of children were acutely malnourished, she said.

The U.N. is trying to counter Boko Haram by re-establishing markets and the jobs that go with them, and getting children back to school. The danger is that Boko Haram could grow and link up with other Islamist groups, potentially triggering a worse refugee crisis in Europe than the one seen this year, Rochdi said.

“Investing in today and reversing the trend is investing in a better security and stability of Europe tomorrow. And tomorrow is really tomorrow, not 2030,” she said. “It’s doable. But it’s really a very small window of opportunity. If you ask me the same question next year, the answer will be no.”