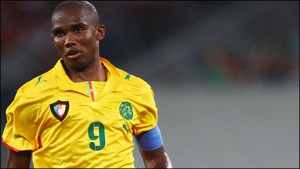 The Antalyaspor striker, who spoke with the Cable News Network on Thursday in an interview, which was monitored by our correspondent, lamented inadequate support to end terrorism in Africa.

He said, “It is important that African people who are successful raise their voices to denounce these horrors and raise awareness among the public.

“I was affected, like many of my African brothers by Boko Haram. We haven’t been affected by such horrors in a very long time. In the midst of these atrocities, we seem powerless. We saw what happened in France with Charlie Hebdo.

“We were all very sad about this situation and we saw African heads of state coming to Paris to offer their support to France. Why — when it comes to Africa, when it comes to our continent — don’t we do anything?”

The former African Footballer of the Year, while unveiling his charity, Yellow Whistleblower FC, said he would raise $50m to deal with the Bok Haram insurgency in Nigeria, Cameroon, Niger and Mali.

A total of £51,250 had been raised when our correspondent visited the group’s website on Thursday.

The former Barcelona striker added, “I really hope there will be other Samuel Eto’os or Yaya Toure and others who are part of history. In order to be part of history, you need to have an impact on life several times. When you impact history several times, that means you are out of the ordinary. That’s why in Africa, we need to say no to ignorance, while accepting and understanding our values.”