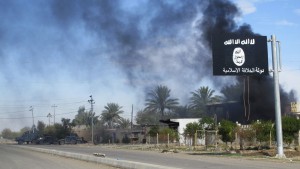 One thing President Barack Obama got right in his recent address from the Oval Office: his analysis of “what ISIL is hoping for.” As he said, Islamic State wants to define “this fight as a war between America and Islam, so it hopes that the United States “abandons its values” and “gives into fear.”

IS is a big fan of the binary, of absolutism and extreme certainties. Nuance and compromise are its enemies, the “gray-zone” its nemesis.

But some of America’s allies in the military fight against IS look increasingly like IS’s ideological cousins, intolerant of dissent and alternative ideas on religion and politics.

What IS calls the gray-zone is the comfort zone for wishy-washy Muslims — as it sees them — who believe in democracy, inclusion, and other such heresies. Mass murders like those in Paris, London, and Madrid are a tactic employed by IS to create polarization and force Muslims in Europe’s gray-zone to pick a side. These attacks also push Western governments into making that choice for them, through repressive overreactions that stigmatize and alienate Muslims and therefore destroy the gray-zone.

It’s a logical, if terrifying, strategy outlined earlier this year in a turgid 7,000-word essay “The Extinction of the gray-zone” in the group’s magazine, Dabiq. The Sept. 11, 2001 attacks, it claims, “manifested two camps before the world for mankind to choose between, a camp of Islam… and a camp of [the] crusader coalition.”

Europe’s gray-zone is such a threat to IS’s violent, warped Sunni extremism because it proves that coexistence works. Those IS say are part of this dangerous gray-zone include Shi’ite Muslims, supporters of the “Arab Spring… ‘independent’ and ‘neutral’ Islamic parties [and] those parties [who] claim to be independent of both opposing camps… the secularist and democratic factions.”

So far, so scarily crackpot. But IS’s attacks on Europe’s gray-zone echo the attacks by the Gulf Sunni monarchies on their own countries’ gray-zones, the political and civil society spaces where ideas are explored and exchanged.

U.S. allies Bahrain, the United Arab Emirates, and Saudi Arabia constantly attack political dissent, routinely jailing and torturing human-rights activists. Saudi Arabia sentences people to death for apostasy and, just like IS, publicly beheads its captives. Bahrain panders to exactly the sort of sectarianism that fuels IS by excluding Shi’ites from its “Sunnis-only” military — a military armed and trained by the United States.

When news broke in September 2014 that a Bahraini security officer had left to join IS, prominent Bahraini human rights defender Nabeel Rajab tweeted that “many #Bahrain men who joined #terrorism and #ISIS came from security institutions and those institutions were the first ideological incubator.” He was immediately arrested and faces up to 10 years in prison for publicly stating what many others believe.

Bahrain’s Foreign Minister Khalid bin Ahmed al Khalifa explained on CNN the same month that the tiny Gulf kingdom was joining the military coalition to fight IS because it had “targeted civilians… and attacked mosques,” neglecting to add that that’s exactly what his own government had done three years before, during an Arab Spring uprising by Shi’ites on the island.

The gray-zones are IS’s real enemy, whether in Europe or the Middle East, because they reject the mindless binary absolutism of “with us or against us.”

It’s time Washington made an important choice of its own: whether to continue rewarding its repressive allies with the weapons and political support that enables them to suffocate their gray-zones, or to switch track and push for the kind of inclusive politics that IS most fears.