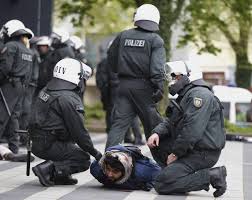 Berlin state police say they have arrested a 30-year-old Russian imam on terrorism charges, alleging he tried to recruit members and support for the Islamic State group online and also procured equipment to send to its fighters in Syria.

Police said Thursday that Gadzhimurad K., from Dagestan, a Russian republic neighboring Chechnya, was arrested Wednesday on a warrant from state prosecutors. The suspect, who went by the alias Murat A., had been an imam at a mosque in downtown Berlin.

Authorities did not give his last name, in accordance with German privacy laws.

In addition to trying to recruit for Islamic State, prosecutors say he acquired night-vision devices, range finders, and other equipment for the group.

The investigation is continuing.