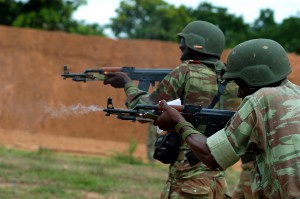 “This is an opportunity for Benin to express solidarity to countries on the front line against the Islamic sect Boko Haram,” Yayi Boni said in a media briefing broadcast on state television in the capital, Porto Novo.