You are here: Home / Europe / Belgium: the so-called Emir of Molenbeek gets 15 years sentence 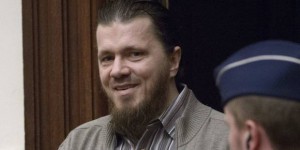 The so-called Emir of Molenbeek responsible for the recruitment and the indoctrination of the Paris and Brussels attackers got a 15-year sentence.

The appeals court extended Khalid Zerkani’s sentence by three years on Thursday, with the Belgian Federal Prosecutor referring to Zerkani as “the biggest recruiter of jihadis Belgium has ever known.” He is thought to have recruited more than 500 fighters.

The prosecution made the case that Zerkani boasted the recruitment of Najim Laachraoui, the Brussels airport suicide bomber, as well as the Paris attacks ringleader, Abdelhamid Abbaoud. The combined toll of the attacks was 162 people.

Zerkani, 42, is Moroccan-born. He was first sentenced to 12 years in prison in July 2015 for the radicalization of young men who were then found fighting for the so-called “Islamic State” (IS) in Syria.  US Naval War College researcher, Nicholas Glavin, suggests that some of his recruits also fought in the ranks of al-Shabab in the horn of Africa.

Belgium held the sad European record for recruitment of jihadists according to various reports.

The fundamentalist preacher Zarkani was based in the Brussels suburb of Molenbeek and had nicknames such as “guru,” “mentor” and “Santa Claus.”  His activity goes back to the attacks in New York in September 11, 2001. The network was funded by petty crime with youths staying ideologically loyal to the cause, while being allowed to spend some of the proceeds on recreation.