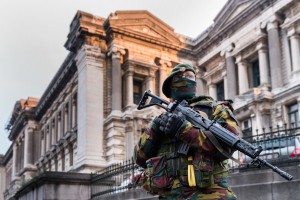 The prime ministers of Belgium and France and other senior officials from their governments are meeting to try to better coordinate their countries’ counterterrorism efforts.

The session, being held Monday in eastern Brussels, follows the Paris attacks in November claimed by IS that killed 130 people.

The attacks were staged from Belgium, and the subsequent investigation revealed numerous lost opportunities and missed communications between authorities in Belgium, France and other European countries.

Many of the Paris attackers, including suspected organizer Abdelhamid Abaaoud, lived in Belgium. As of Monday, Belgian officials said they had detained eight people suspected of aiding the Paris plotters before or after the fact, and that another four people are being sought. The latter include Salah Abdeslam, fugitive brother of one of the Paris suicide bombers.