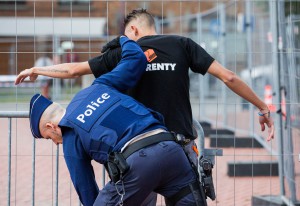 Belgian police on Tuesday evening took in 15 people for questioning after raids as part of an investigation into the financing of militant groups and recruiting fighters for Islamic State in Syria, prosecutors said.

The Federal Prosecutor’s Office says in a statement that the charges came after 15 homes were searched in the Flanders cities of Antwerp, Ghent and Deinze. Prosecutors say no arms or explosives were found.

The prosecutors say there was no established link with the suicide bomb attacks, claimed by Islamic State, which killed 32 victims in Brussels in March.

No further details have been released.