You are here: Home / Senza categoria / Beijing ready to boost cyber, anti-terrorism cooperation with US 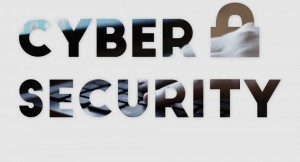 China is willing to broaden cooperation with the United States in the field of cybersecurity and counter-terrorism, Chinese Minister of Public Security Guo Shengkun said.

“China… is willing to deepen cooperation with the United States on the basis of laws in the field of cyber security and the fight against terrorism, to continuously contribute to make a new type of relations between the two countries achieve new progress,” Guo said Monday during a meeting with James Comey, the director of the US Federal Bureau of Investigation (FBI), as quoted by the Xinhua news agency.

The Chinese minister added that Beijing was ready to join efforts with Washington to implement the deal on establishing guidelines for requesting cybercrime-related assistance, reached between the two countries in September 2015.

In recent years, US businesses and government agencies have fallen victim to numerous cyberattacks from a variety of actors with criminal, economic or political motivations. Last year’s cyberattacks compromising the personal data of more than 21 million current and former US government employees have been attributed to Chinese hackers, a claim China has rejected.