You are here: Home / MidEastGulf / Bedouins on Jordan border swear loyalty to ISIS 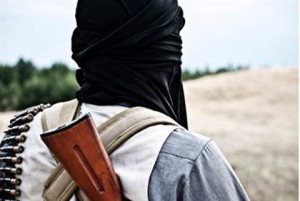 The Israeli security system is on the alert after Bedouin tribes in southern Syria on the border with Jordan pledged allegiance to Islamic State (ISIS), Walla! reports Wednesday.

The tribes live adjacent to Jabal al-Druze, or the Mountain of the Druze, which is a mountainous region near the Jordan border that has the highest concentration of Druze. They swore allegiance in return for resources and funds from ISIS, the world’s richest terrorist organization.

It is now feared by the Israeli security system that ISIS will be able to rapidly establish a wider control over the Jordan border region, and may even infiltrate the Hashemite kingdom and take over villages as it has long tried to do.

Jordan has responded to the threat by arming Bedouin tribes on its side of the border, although it is feared Bedouin tribes in Jordan may turn to ISIS and attack Israel.

There is a familial tie between some of the Bedouin tribes in Syria that joined ISIS and those in Jordan, meaning there is a threat of cooperation that would help expand ISIS’s reach into Jordan.

Another concern is that if the conflict between the Bedouin tribes and the Druze living in Jabal al-Druze heats up, Druze living in Israel who are related to those living in the Syrian mountainous region may raise tensions on the Israeli-Syrian border to try and support their brethren.

Israeli security sources estimate that ISIS’s expansion among the Bedouin tribes cost the group lots of money, but was meant to deliver a blow to its rivals Nusra Front and Free Syrian Army.

Israel has seen its security interests align with those of Jordan in confronting ISIS, and late last month gave Jordan retired US-supplied Cobra combat helicopters to fight off the threat from Syria, according to a US official. The security cooperation comes even as Jordan steps up its diplomatic war against Israel.