You are here: Home / Europe / Beatles terrorists ‘behind Isis beheadings’ must ‘return to the UK’ 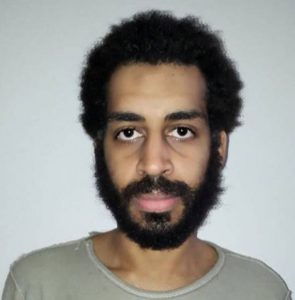 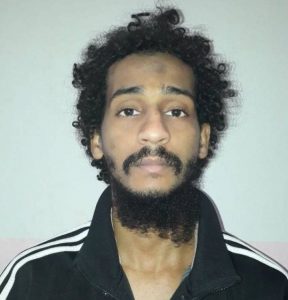 A senior US military commander has called on the UK to take back two Islamic State terrorists suspected of involvement in a series of beheadings, like reported by metro.co.uk.

El Shafee Elsheikh and Alexanda Kotey are said to have been members of a brutal four-man cell of IS executioners in Syria and Iraq. Nicknamed The Beatles because of their British accents, the group are alleged to have been responsible for killing a number of high-profile Western captives.

Major General Patrick Roberson, commander of US special ops, called on the UK to take back Islamic State fighters. When asked whether Elsheik and Kotey should be repatriated to the UK, Roberson told the BBC: ‘We would certainly like them to be.’

He said the Syrian Democratic Forces (SDF) and the US were ‘working very hard to make sure that the countries of origin get these foreign terrorist fighters back into their custody’. He added that it was a decision for each country involved, but said: ‘I think the SDF and us would certainly like them to be repatriated to where they came from.’ Kotey and Elsheikh are accused of belonging to the cell which also included Mohammed Emwazi – known as ‘Jihadi John’ – who was killed in a US air strike in 2015, and Aine Davis, who has been jailed in Turkey.

The group is suspected of involvement in the beheading of 27 people, including British aid workers David Haines and Alan Henning and US citizens James Foley, Steven Sotloff and Peter Kassig. Emwazi was filmed carrying out a number of the murders and the videos were broadcast online.

Kotey and Elsheikh, who were raised in the UK, are believed to have been detained by Kurdish forces in Syria in January and have been stripped of their British citizenship. They may face a federal trial in the US after the Crown Prosecution Service (CPS) decided there was ‘insufficient evidence’ for them to be tried in the UK. Elsheikh’s mother Maha Elgizouli has mounted a High Court challenge over the UK’s sharing of evidence with US authorities under a ‘mutual legal assistance’ (MLA) agreement.

She says it was ‘unlawful’ for the Government to do so without obtaining any assurance the pair will not face execution if convicted in the US. Lawyers for Home Secretary Sajid Javid, who is contesting Ms Elgizouli’s case, said it was not yet known whether the pair will be charged in the US, but that there is the ‘most powerful interest’ in a proper investigation of their alleged crimes. The case is being heard by the Lord Chief Justice Lord Burnett and Mr Justice Garnham, who are expected to deliver their ruling at a later date.