You are here: Home / Senza categoria / Battling the Islamic State’s narrative in Dabiq 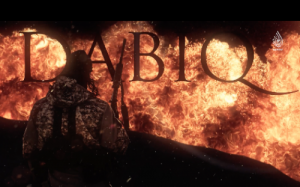 Backed by the U.S. and Turkey, forces under the banner of the Free Syrian Army (FSA) are battling the so-called Islamic State over one of the group’s most symbolic strongholds, the town of Dabiq in northern Syria. Since the Islamic State’s inception, Dabiq has featured prominently in the group’s propaganda. Islamic scripture prophesizes that Dabiq will be the scene of an apocalyptic battle between Muslim forces and their ‘Roman’ enemies—a term which the Islamic State interprets to mean the U.S. and other Western countries . The Islamic State has long made the prophecy a centerpiece in its narrative and propaganda, heralding its future role as the victor in this battle. Abu Musab al-Zarqawi—the founder of the Islamic State’s precursor al-Qaeda in Iraq—first invoked the city and its prophecy in 2004, long before the group’s current incarnation. The Islamic State’s English language magazine bears the title Dabiq, and the theme has been utilized extensively in the group’s video and online propaganda. As such, despite having little military or strategic value, the village is highly significant to the group, if only for its religious symbolism.

The Islamic State has always sought to portray a connection from Islamic scripture to its self-declared caliphate by linking its state-building enterprise with the theological precepts of Islam. Invoking the prophecy of Dabiq was a major part of that effort, helping to round off a historical narrative that appealed to many of the group’s supporters. However, by giving Dabiq such extensive prominence in its propaganda, the Islamic State wagered a significant amount of its ideological capital on the group’s control of the town. That the impending loss of Dabiq comes as the Islamic State’s territory is shrinking on all sides only compounds the blow to the group’s narrative.

For now, the Islamic State is fiercely defending the city. However, given the growing military pressure on other parts of the group’s territory, it is unlikely that it will be able to indefinitely withstand the steady onslaught of FSA troops backed by Turkish armor and coalition air power. As FSA forces approach the town itself, it remains to be seen what level of manpower the group will be willing to risk in defense of a city whose strategic value is purely ideological. A tactical retreat from the supposed battle of Armageddon would pose problems for Islamic State propagandists. Yet the image of a solid defeat after strong resistance would be equally embarrassing.

While the optics of a defeat in Dabiq will not play well for the Islamic State, the group will undoubtedly try to portray the loss in the best light possible—possibly trying to depict the impending battle as a precursor to the prophesized battle, thus dulling the ideological significance of such a loss. Indeed, with its territorial losses mounting, the Islamic State has for several months been attempting to manage the expectations of its followers by rhetorically delinking its legitimacy from its declared raison d’être—the acquisition and control of territory. In May 2016, Abu Mohammed al-Adnani—the Islamic State’s deceased spokesman and head of its external operations—released a statement emphasizing that the group does not derive its legitimacy from the territory it controls. Citing the group’s previous rebound in Iraq, al-Adnani foreshadowed that the loss of territory would prompt the Islamic State’s reversion to a deadly insurgency, patiently biding its time until presented with the opportunity to reemerge in force. He specifically mentioned the prospective loss of some of the group’s most important cities—Raqqa, Mosul, and Sirte—all of which are today under varying degrees of encirclement by the group’s enemies. The loss of Dabiq is thus an expected part of the gradual loss of territory foreshadowed in Adnani’s speech. Still, the loss of a town that is critical to the Islamic State’s narrative cements the image of a crumbling so-called caliphate, and could serve to underscore the emptiness of the group’s ideology.