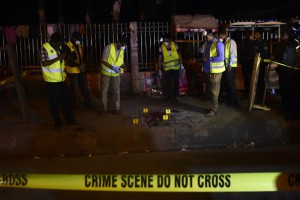 Bangladesh police arrested 12 militants, including the local head of al Qaeda in the Indian Subcontinent (AQIS), over the killing of two bloggers in the country earlier this year. The arrests were made in different parts of the capital city of Dhaka late Wednesday, according to media reports.

AQIS, the South Asian wing of the Sunni militant group, is one of the newest branches of the group. Although the group has so far failed to carry out many attacks in the region, it has been implicated in the murders of Avijit Roy and Ananta Bijoy Das — both vocal critics of religious extremism who were hacked to death earlier this year.

Mainul Islam, AQIS’ chief coordinator in Bangladesh, is among those arrested. According to local media reports, a huge cache of explosives, bomb-making materials and training manuals were recovered during the operation.

However, further details of the operation and the names of the others arrested have not been revealed yet.

AQIS’ creation was announced in September last year by al Qaeda leader Ayman al-Zawahiri. In a 55-minute video released to announce the formation of its newest wing, Zawahiri said that the aim of AQIS was to “raise the flag of jihad” across the Indian subcontinent.