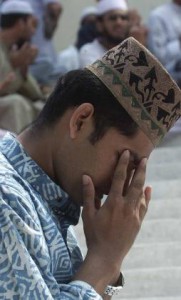 The Islamic State of Iraq and Syria ( ISIS) has claimed responsibility for the attack on a Shia mosque in Bogra, Bangladesh, that left one person dead.

According to the Daily Star, two people have been arrested in connection with the attacks. One was identified as 48-year-old Anwar Hossain, who is a resident of Maghihatra village. The other has been identified as 25-year-old Jewel of Haripur village.

A case has been filed against the unknown gunmen, who stormed the mosque yesterday and opened fire at the people.

Three gunmen stormed the mosque named Masjid Al Hussain at Haripur bus stop in Atmul union and started shooting randomly at 30 to 40 Shia Muslims, according to the locals and police.

70-year-old Hossain was hit in the head. He was later taken to Shaheed Ziaur Rahman Medical College Hospital where he succumbed to his injuries.