You are here: Home / MidEastGulf / Ban warns against dangers of Hizbullah involvement in Yemen, Iraq 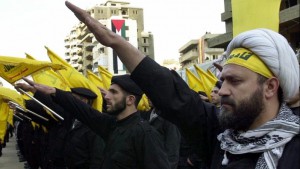 U.N. Secretary-General Ban Ki-moon has warned that the involvement of Hizbullah and other Lebanese fighters in the war in Iraq and Yemen puts more dangers on Lebanon.

In his report to the Security Council on the implementation of Resolution 1559, Ban also said that the participation of Lebanese nationals in the conflict in Syria is in violation of Lebanon’s dissociation policy.

“The involvement of Hizbullah and other Lebanese factions in the fighting in Syria seriously destabilizes the security and stability of Lebanon,” he said.

The U.N. chief urged the Lebanese government and the army to take the necessary measures to stop Hizbullah and other armed groups from possessing weapons in violation of 1559.

According to experts, Hizbullah has sent between 5,000 and 8,000 fighters to Syria to help the regime of President Bashar Assad.

There are reports that Hizbullah fighters are also helping Shiite militias in Iraq and the Huthi rebels in Yemen.

In his report, Ban lauded the efforts exerted by the Lebanese army to confront extremist groups on the eastern border, mainly al-Nusra Front and the Islamic State.

He called for unity among the Lebanese in supporting the military, which he considered as the “only legitimate institution in charge of defending Lebanon’s sovereignty and territorial integrity.”