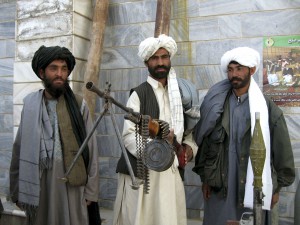 A senior commander of Taliban was killed in recent clashes by security forces in Kunduz province, said interior ministry.

According to interior ministry press office to BNA, a senior commander of Taliban named Haqyar with his seven followers was killed in a clash by police forces in outskirt of Qala-e-Zal district, Kunduz province.

The source added that the clashes started while a group of Taliban insurgents attacked on several security police checkpoints in the mentioned district, which were faced with serious reaction of police forces and killed.