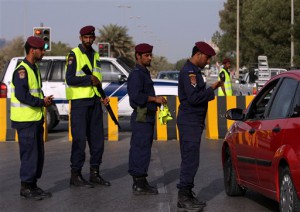 Bahrain is beefing up security measures around the country’s mosques over threats made by the Islamic State of Iraq and the Levant group, the interior ministry said.

The measures were taken after a suicide attack on a Shia mosque in neighbouring Kuwait last week, in which an ISIL member killed 27 people.

The interior ministry said that security volunteers trained by the civil defence would be deployed in different parts of the country to support the work of the police on Friday, when large numbers of Muslims flock to mosques to perform noon prayers.

ISIL commander Turki al-Binali, a Bahraini who has been stripped of his citizenship, announced on Twitter last Saturday that “the next attack after Kuwait” would be in Bahrain.