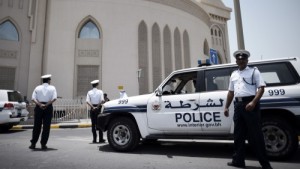 The safety of the people of Bahrain is above human rights, MPs stressed from under the House of Representatives’ dome yesterday.

Following a long discussion over its compatibility with human rights, the MPs finally voted for adding new amendments to the existing anti-terror law.

This came as the council’s Foreign Affairs, National Security and Defence Committee submitted before the council its report that endorsed a law decree to toughen punishments and give more powers to policemen in terms of protecting the society from terrorism.

In addition to criminalising a wider variety of activities of Bahrainis and non-Bahrainis in conflicts abroad, the new amendments gave the police the jurisdiction of detaining terror suspects for not more than 28 days, which was the centre of discussion yesterday.

MP Khalid Al Shaer, who’s also a member of the National Institution for Human Rights (NIHR), said: “The law granted more jurisdictions to the police while dealing with terror crimes (28 days). This is even more than what’s allowed for the Public Prosecution, which is given only three days to interrogate suspects.”

“Some of the articles of the law decree contradict with human rights. It gives a police officer the jurisdiction to cut off the power, telecommunications and water services from areas on the pretext of combating terrorism. There is a possibility that these powers could be misused,” he opined.

“When the matter comes to human rights, we’re under pressure from various international rights organisations. By passing it, we’ll be stirring them against us,” Al Shaer said.

“Even if it’s passed by the council, we call upon the Interior Ministry personnel to apply it wisely,” he added.

Al Shaer’s statements were rejected by committee member MP Abdulrahman Bumjaid, who insisted that “the Interior Ministry personnel are applying the law wisely and never misused any of their powers”.

Bumjaid said: “Bahrain is targeted by a series of terrorist acts and this law is a must at this point of time as it comes to fulfil a popular demand.”

She hinted that the law decree might consist of constitutional violations.

“We’re allowing police to arrest any terror suspects for 28 days before referring them to the Public Prosecution. It’s a long period to restrict someone’s freedom. It’s against personal freedom that is ensured by Bahrain’s Constitution and international pacts,” she added.

Al Aradi said: “The introduced procedures might be tough, but terror crimes are also cruel. We’re not discussing regular crimes here, so we could say penalties shouldn’t be as harsh.”

“Globally, combating terrorism has become a priority and many states are constantly seeking tougher penalties on terrorists, therefore, Bahrain isn’t taking an unusual step by introducing this law decree,” he said.

Supporting the same point, MP Jamal Dawood remarked: “The current circumstances push us to pass this proposal and not to deal with it emotionally. The international community silences human rights organisations when it comes to terror cases. We must toughen penalties and procedures against terrorism.”

“The amendments target the masterminds behind terrorist activities in Bahrain. If we observe them since 1995 until today, we should know that we’re facing real dangers and there should be no compromise on protecting the society from the growing threat of terrorism,” Dawood added.

Committee Head MP Abdulla Binhowail demanded to pass the law decree, underlining that “Bahrain is now undergoing exceptional circumstances that are sweeping the entire world and terror crimes caused the loss of many innocent lives. Terrorism couldn’t be eliminated unless we adopt extraordinary procedures.”

MPs Jamal Buhassan and Mohammed Al Ahmad also said that “human rights organisations are concerned about ordinary crimes and felonies, not terror crimes, which have their speciality. Policemen must be given the authorities to protect the society. Legislations should cope up with the developing terror crimes.”

No constitutional or human rights violations

Initially, Bunajma commented that “It’s sad to see Bahrainis being involved in terror crimes, but the issue exists.”

“This proposal was issued in accordance with the Constitution. Personal freedom is ensured by the Constitution, as well as the law decree. It clearly mentions that any procedures taken by the police are under the supervision of the judicial authority, which is an independent body,” he explained.

Commenting on the 28-day interrogation period granted by the proposal to the police, the Lt-Gen affirmed that “there are criminals who were referred to the Public Prosecution within seven to 10 days, according to the interrogation and the seriousness of their crimes.”

He insisted that “there won’t be any misuse of powers by the police,” noting that policemen are held accountable by more than eight authorities.”

“We’re aiming to join the world to halt the flow of foreign fighters to conflict areas abroad,” Bunajma stated.

He said “the authority to cut water, electricity or cordon off any area in case of terror crimes is granted to the police for only 12 hours, which could only be extended by the orders of the Public Prosecution.

“Any person who was harmed during such procedures could file a complaint to the judicial authority,” the director clarified.

Human rights not only limited to suspects
On his part, Minister of Parliament and Information Affairs Isa bin Abdulrahman Al Hammadi underlined the importance of “ensuring human rights equally”.

The Parliament Affairs Minister explained before the council that “Bahrain isn’t isolated from the world,” affirming that “no one will be allowed to work against Bahrain by exploiting any legislative gaps.”