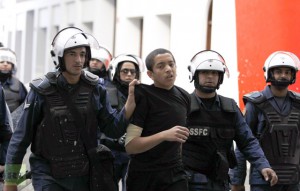 A special investigation has led police in Bahrain to arrest 28 people, including individuals convicted in absentia on terrorism charges, and sentenced to life in prison, the Bahraini Ministry of Interior said in a statement today.

The Bahrain News Agency, BNA, reported that in addition, some of those arrested have had their nationality revoked, while others were charged in more than one case that involved planning and implementing terrorist acts with the aim to destabilise the security of the country.

“The investigation interrupted and dismantled a number of terrorist operations planned in various villages. The investigation included the tracking of individuals and the monitoring of their safe houses by a specially trained surveillance team. The operation was a coordinated effort by various investigative units within the country,” the ministry said.

BNA also reported that the General Directorate of Criminal Investigation and Forensic Science has initiated legal proceedings to refer those arrested to the Public Prosecution.