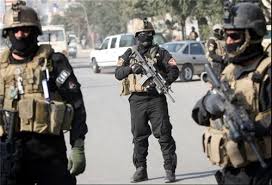 Baghdad Operations Command announced on Monday, that the security forces had managed to kill 42 terrorists and dismantle 73 improvised explosive devices (IEDs) during the last 24 hours in Baghdad province.

The command said in a statement followed by IraqiNews.com, “Security forces belonging to Baghdad Operations continued advancing in the terrorists’ areas, resulting in the death of 42 terrorists and wounding 3 others, in addition to detonating 3 vehicles and dismantling 61 explosive devices in the areas of Albu Shajal, Naimiyah, Karma and Nazim Taqseem in western Baghdad.”