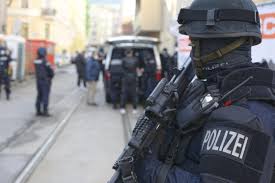 Raids on suspected Muslim Brotherhood and Hamas members in Austria last year led to the discovery of an “enemies list” of opponents of political Islam, according to people targeted by the groups, like reported by thenationalnews.com.

Austrian police carried out dozens of raids in an anti-terrorism operation last November, which led to 30 arrests. Operation Luxor, took place in the early morning with searches at more than 60 addresses allegedly linked to Islamist extremists in four different regions.

It came days after four people were killed when a gunman who had previously been convicted of trying to join ISIS opened fire in Vienna, although the two investigations were not linked.

Kawther Salam, a Palestinian journalist living in Vienna, told eXXpress that authorities had shown her a list of names, including hers, which was reportedly found in the files of one of the suspects targeted in the raids.

“I have nothing against Islam. But to the Muslim Brotherhood I am apparently an enemy,” she said.

“This list is making its way around. What are these people trying to achieve with it? What is their plan for the future?”

She said that while some of her journalism criticised alleged corruption among Palestinian authorities, most of her work was about Austria.

But, she said, she received a veiled threat after clashing with the organisers of a pro-Gaza demonstration in Vienna in 2009.

On a separate occasion, she disagreed with a university professor who was researching Islamophobia.

She suspected that those two episodes were the reasons for her inclusion on the list.

The list is said to include about 40 names, with photographs of the people mentioned.

Raids follow calls for purge of Islamic extremism
Amer Albayati, an Iraqi-born journalist in Vienna, said his name was also on the list.

He said he was surprised to be on it, because he had been on friendly terms with the owner of the list and attended the same mosque for a time.

“Many well-known people are on the list, respected people, including journalists and a former MP, but also completely ordinary people,” he said.

Albayati is a terrorism expert and a co-founder of a group called the Liberal Muslims’ Initiative in Austria.

He described the list as evidence of a “kind of secret service” and said he thought that photos of the people named were likely to have been passed around.

After the raids last November, prosecutors said more than 70 people were being investigated on suspicion of ties to Hamas and the Muslim Brotherhood.

Prosecutors said they were acting on suspicions of terrorism financing, criminal organisation and money laundering, among other offences.

They said the raids resulted from more than a year of investigations and were not directly linked to November’s shootings.

However, they came amid calls from politicians to clamp down on Islamic extremism after the attack in Vienna.

Longstanding tensions over integration in Austria have grown in recent years as conservative politicians warned of Muslim “parallel societies” emerging in cities such as Vienna.

A report published earlier this year said a leading body overseeing Sunni Muslim affairs in Austria had “long been under suspected Islamist influence”.

Prominent members of the group were of Turkish origin and had links to President Recep Tayyip Erdogan’s AKP party, according to the Policy Exchange report.

However, it also praised Austria as a “little heralded, but important example” of how democracies could face the extremist threat.

The 20-year-old Vienna gunman was sentenced to 22 months in prison for trying to join ISIS in Syria. After being released early, he killed four people in the rampage on November 2 before being shot dead by police.