You are here: Home / Senza categoria / Australian nurse who served as ISIS medic arrested after return from Syria 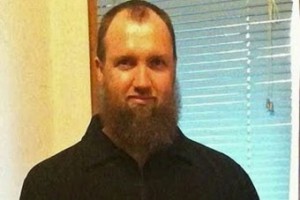 Adam Brookman, an Australian nurse who worked as a medic for the Islamic State group in Syria, was arrested by the Australian federal police from the Sydney International Airport. Brookman, who turned himself in to Turkish authorities earlier this week, will now be extradited to Victoria to face terrorism charges, according to media reports.

“A 39-year-old Australian national was arrested upon arrival at Sydney International Airport last night on an interstate arrest warrant, relating to his alleged involvement in the conflict in Syria,” the Australian federal police said in a statement released Saturday. “The man voluntarily surrendered himself to Turkish officials in Turkey on Tuesday, 21 July. His travel back to Australia was negotiated between the individual, the AFP, Victoria Police, other Commonwealth Government agencies and international partners.”

Following his arrest, the Melbourne resident appeared via a video link at a Sydney bail court on Saturday, where a magistrate granted an application by the Melbourne Joint Counter Terrorism Team to extradite him to Victoria.

Formal charges have not been filed against him yet, Agence France-Presse (AFP) reported. However, if charged, the onus would be on Brookman to prove that he was in the region for a legitimate reason. Under current Australian laws, traveling to a “declared area” — regions were ISIS is currently active — in Syria is prohibited.

Brookman had earlier said that he was forced to join ISIS when he was in Syria for humanitarian work.

“I’ve not done anything illegal,” the father of five told the Sydney Morning Herald. “I saw Syria being ignored by the international community. I thought I could help. I support the struggle of the Syrian people.”

Brookman reportedly said that he was forcibly recruited by ISIS after he was injured in an airstrike and taken to a hospital controlled by the Sunni militant group. “After I recovered, they wouldn’t let me leave,” he said.

Over 20,000 foreign nationals are believed to be fighting for various militant groups, including ISIS, in Iraq and Syria. This includes over 100 Australian nationals.