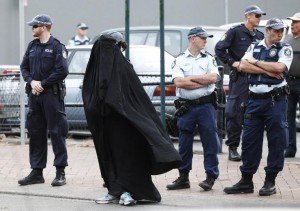 Strict new counter-terrorism laws approved by the Australian government Thursday will allow the attorney-general to request that convicted terrorists are kept in jail after their sentences have ended.

Legislation passed by parliament on its last day of sitting for 2016 allows the attorney general, 12 months before a sentence expires, to ask a court to keep a prisoner convicted of terrorism offences in jail.

Attorney-General George Brandis told parliament that courts would need to evaluate whether the release of a prisoner posed an unacceptable risk.

Prisoners will be able to call on an expert of their choice to argue their case in court.

There are 17 prisoners serving sentences for terrorism in Australia, with another 40 being prosecuted currently in court.

Since 2014 there have been 24 counter-terrorism operations in Australia, resulting in criminal charges against 55 people, Brandis said.

The tougher jail provisions came as security was increased at Parliament House in Canberra and all Australian airports.

On the same day protesters unfurled a banner against the government’s refugee policy over the entrance to parliament house, members of parliament approved tighter security measures at the building.

High security fences and CCTV monitors will be erected to tighten access to the building.

Security at airports will also be tightened with random checks on staff at work including cleaners, caterers, engineers and baggage handlers.