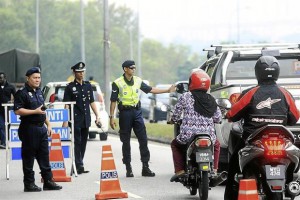 Australia has warned that terrorists may be plotting attacks in and around Kuala Lumpur, Malaysia’s largest city.
The Australian High Commission in Malaysia says there’s an ongoing terrorism threat in Malaysia, noting that Malaysian authorities have arrested a number of people allegedly involved in planning attacks.
It warned in a travel advisory posted on its website Sunday that attacks could be indiscriminate and may target Western interests or locations frequented by Westerners.
Malaysia has raised its security alert level following the Jan. 14 attacks in Jakarta, the capital of neighboring Indonesia, that left eight people dead. Kuala Lumpur city police chief Tajuddin Mohamad Isa told local media Sunday that security has been stepped up in the past few months and that there was no indication of a terror attack.
nst.com.my