Australia is “open” to NATO’s request to provide more troops to Afghanistan, the country’s prime minister says, as US President Donald Trump considers also sending up to 5000 extra soldiers, like reported by radionz.co.nz 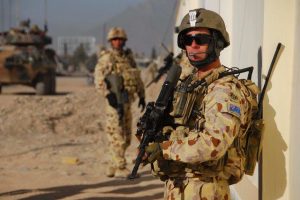 Australian Prime Minister Malcolm Turnbull said today he was considering the request made late last month by NATO’s military authorities, without specifying the details of it.

He did say however, that he was open to the idea.

“It is very important that we continue – we and our other allies in the effort in Afghanistan – continue to work together,” he said.

A top US intelligence official said on Thursday security in Afghanistan would deteriorate even further without a modest increase in troops from the United States and its allies for the NATO-led force.

Afghan forces being trained by their NATO allies have only tenuous control in Afghanistan almost 16 years into the intractable war against the Taliban, the remnants of al Qaeda, Islamic State and other Islamist groups.

In February the US commander of foreign troops in Afghanistan, General John Nicholson, told a congressional hearing he needed several thousand more international troops to break a stalemate with the Taliban.

Reuters reported in late April the Trump administration was carrying out a review of Afghanistan and that conversations were revolving around sending between 3000 and 5000 more US and coalition troops to Afghanistan.

US and NATO allies have since been receiving requests for more troops to boost the Resolute Support mission, which currently deploys 13,450 troops.

Just over half of those are US military personnel training and advising Afghan armed forces to take over Afghanistan’s defence and security, while another 1500 US troops form a counter-terrorism unit mainly targeting the Islamic State militant group and remaining pockets of al Qaeda.

NATO Secretary General Jens Stoltenberg said this week the alliance was considering a request for more troops, although NATO member Germany ruled out sending more of its forces back to Afghanistan.