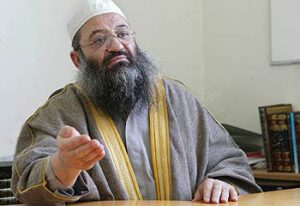 An Islamic centre in Melbourne’s north that has been linked to the Bourke Street attacker and Christmas Day terror plot is seeking council approval to accommodate up to 500 people at once as its community grows, like reported by brisbanetimes.com.au.

The Hume Islamic Youth Centre in Coolaroo has sought planning permission from Hume Council to increase its capacity for worshippers who attend services on Friday afternoons, its busiest time.

During a wide-ranging interview on Thursday, the centre’s head, Sheikh Mohammed Omran, disputed the centre was linked to four terrorists connected to the 2016 terror plot, despite the group’s ringleader telling police he had attended the centre every second day for five years.

He also rejected reports that Hassan Khalif Shire Ali — who killed Melbourne restaurateur Sisto Malaspina and stabbed two others in Bourke Street on Friday before being shot by police — had attended the mosque.

Sheikh Omran this week hit back at suggestions by Prime Minister Scott Morrison following the Bourke Street attack that imams needed to do more to stop the radicalisation of Muslims.

He said the centre had previously applied for funding under the federal government’s Countering Violent Extremism program, but that it had been knocked back.

With emotion in his voice, Sheikh Omran said the Australia he loved was now becoming a very difficult place for Muslims.

“I left my homeland because I didn’t see my freedom there. If you cut my freedom here, what do I need from you?,” he said.

The centre has applied to Hume Council for approval to increase numbers on Friday between 1pm and 3pm to 500 people, increase capacity at other times to 280 people, and increase the seating capacity of the restaurant that fronts the centre from 50 seats to 250.

A Hume Council spokeswoman said it had received one objection to the application. The application would go before council at a later date, she said.

Asked if the application represented an expansion of its current site, Sheikh Omran said the centre was merely seeking approval for the numbers of worshippers who already attended.

He said the centre had no plans to expand its footprint, despite the planning application.

He accused planning inspectors of treating the centre’s community in a “very very humiliating way” saying they had tried to force it to spend hundreds of thousands of dollars on minor modifications.

The Age has been told that cars parked at the complex, which houses a mosque, gym and restaurant, already fill all nearby parking spaces and overflow into surrounding streets, creating traffic chaos.

The centre is part of the Ahlus Sunnah Wal Jama’ah Association, which has been operating in Australia for about 30 years and has centres in at least 10 other locations.

Ahmed Mohamed, 26, Abdullah Chaarani, 28, and Hamza Abbas, 23, were on November 2 found guilty of conspiring to plan or prepare for a terrorist act, after a Supreme Court jury deliberated for six days.

The guilty verdicts, which came at the end of a long trial, followed an earlier guilty plea by the fourth member and ringleader of the would-be terror group, Ibrahim Abbas, 24, Hamza’s brother.

They were revealed on Wednesday after a suppression order related to the case was lifted.

Ibrahim Abbas began recruiting three other men, including his brother and cousin, during frequent trips to the centre, the Supreme Court heard last month.

The four men would meet at the centre to use the gym, with jihadi propaganda later found on the men’s devices, the court was told.

Craigieburn teenager Jake Bilardi had attended talks at the centre before he travelled to the Middle East to fight for Islamic State. The 18-year-old went on to blow himself up in a suicide attack in Iraq in 2015.

Another former worshipper is also believed to have died while fighting for IS in the Middle East.

Bourke Street Mall terrorist Hassan Khalif Shire Ali also attended services at the mosque, according to media reports this week, but Sheikh Omran also denies that was the case.

Sheikh Omran has disputed media reports linking the Shire Ali and the terror plotters with his centre. “Do you believe that?” he asked.

“To say all these terrorists come to Hume Islamic Youth Centre, I disagree.

“Shire Ali, he never came here — or once in a blue moon.”

The mosque would never turn away people, he said, and strongly denied the centre had ever radicalised anyone.

“This is a public place, anyone can come, say his prayer and go … everyone is welcome to come and pray.”

Australia used to welcome Muslims with open arms, he said. After September 11, that had changed.

“Anglo-Saxons came here by chance. They come crying, they don’t want to come. I paid my own ticket to come here. Who is better to be Australian? I chose this land, you didn’t choose it.”

Sheikh Omran said he heard from members of Australia’s police and intelligence agencies on an almost-weekly basis.

Asked whether young men at the centre were angry, he said: “We are all angry. I am angry and I am in my late 60s.” His role was to defuse that anger, he said.

“I get angry. Who you blame? The one who gets angry or the one who makes him angry?”