You are here: Home / West Asia / Australia increasing its troops number in Afghanistan 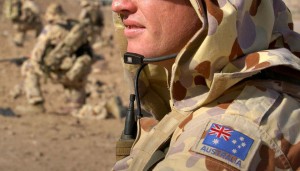 Australia has announced increasing the number of its troops in Afghanistan.

Australian Prime Minister Malcolm Turnbull who made a surprise visit to Kabul on Sunday announced that more than 20 Australian soldiers would join those already serving under the NATO’s Resolute Support mission in Afghanistan.

The addition of 20 soldiers would bring the number of Australian troops serving in Afghanistan to 270. The country has so far lost 41 soldiers during its over-a-decade mission in Afghanistan.

Turnbull was accompanied by a high-level delegation to the Presidential Palace where held discussions with President Mohammad Ghani on wide range of topics to include strengthening the bilateral relations, fight against terrorism, peace process and human rights particularly the women rights in Afghanistan.

The Australian PM said that his country would also continue its assistance in Afghanistan’s development when he was requested by President Mohammad Ashraf Ghani for investment in the extraction of mines.

Turnbull invited President Ghani to make a visit to Australia which was accepted during the meeting.