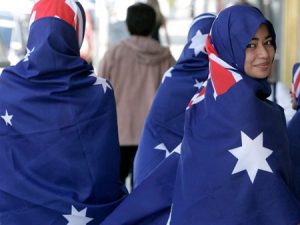 The national imams council is urging Muslim leaders to do their bit to speak out against Islamic State, insisting the extremist group does not follow sharia law, like reported by 9news.com.au.

The sharia law debate was sparked last week when prominent Muslim activist Yassmin Abdel-Magied clashed with Jacqui Lambie on ABC TV’s Q&A program, after the independent senator argued those countries where sharia informs the law were some of the most violently misogynistic places on earth.

The senator wants to ban anyone in support of sharia law from entering Australia.

The Australian National Imams Council on Wednesday issued a statement insisting sharia law obligated Muslims to abide by the laws of the country they live in.

“By respecting and abiding by the laws of the land, Australian Muslims can be productive and valuable members of society that contribute to the greater good of all Australians,” it said.

The statement calls on all imams in Australia to unite firmly against Islamic State.

“ISIS has proven time and time again that they are not following the authentic teachings of Islam.

“As such, it is our duty to clarify and explain this openly, in order to equip all Muslims with the knowledge and understanding that ISIS are not following the correct teachings of Islam and the sharia.”

It said imams were working “tirelessly” to convey the true and authentic teachings of Islam.