You are here: Home / Senza categoria / Australia asked to send helicopters and 150 troops back to Afghanistan 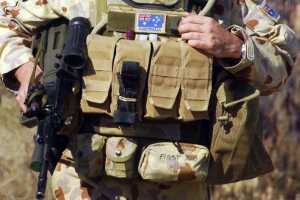 Australia has been asked to send 150 troops and helicopter gunships back to southern Afghanistan.

Uruzgan province governor Mohammad Nazir made the appeal during a frank meeting with Australian ambassador Richard Feakes and his counterpart from the Netherlands.

“We don’t have a lot of stuff like helicopters to support by air strike.”

“It will help our army in the field, the air support is very important for our army.”

Forty-one Australian troops died in operations in and around Uruzgan before the decade-long mission ended in 2013.

By some accounts, the Taliban controls more territory now than at any time since it was removed from power by the US military in 2001.

The militants’ big objective for 2016 is to capture a provincial capital.

On September 7, they came for Tarin Kowt.

Mr Nazir said the militants snuck into the city with the support of Afghan police.

By his estimation, more than 70 civilians were killed or injured during the fight.

“Fighting was going around the city and sometimes the bullets from many different guns were coming and hitting those civilians,” he said.

“They didn’t know, they were walking around and going to do daily work.”

He argues that getting involved again would stop the flow of asylum seekers from Afghanistan to Australia.

“I see these as common, shared goals.”