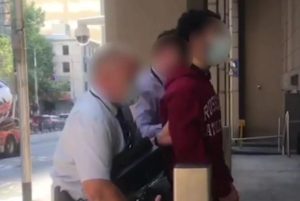 Police say they are alarmed by a growing “phenomenon” of young people getting radicalised online, after arresting two men and a 16-year-old boy in a counter-terrorism investigation in Melbourne’s north, like reported by abc.net.au.

The two men — a 19-year-old and 20-year-old from Epping — remain in custody after being arrested at their homes earlier today. A 16-year-old boy from Pascoe Vale was also arrested today, but has been released pending further inquiries.

Assistant Commissioner Michael Hermans, from Victoria Police’s Counter Terrorism Command, said police would offer the boy support and “hopefully divert him away from the activity that saw him come to our attention this morning”.

But the two men could be charged later today with attempted terrorism or committing acts in preparation of terrorism, Assistant Commissioner Hermans said. Depending on the charge, they could be facing a maximum penalty of life in prison.

Police have said they will allege the 19-year-old attempted to engage in a terrorist act. Assistant Commissioner Hermans said they were inspired by Islamic “ideology-based, religious extremism”. Police said the three arrests were made at an early stage and they believed they have successfully contained any immediate threat to public safety.

Further arrests are not expected to be made, but the operation is still ongoing, police said. The counter-terror operation was prompted by investigations into two events: a fire started in bushland in the Epping area on February 18, and an assault in metropolitan Melbourne on March 10, Assistant Commissioner Hermans said.

Police then received intelligence which indicated the investigation was more serious than initially thought. “We received information that suggested their ideology would be of concern to the Victorian community,” he said. The investigation was then transferred to the Joint Counter Terrorism Team. Assistant Commissioner Hermans said it was possible that the three men arrested were radicalised online.

Seeing young people getting caught up in extremism was becoming a regular “phenomenon” for police, said Assistant Commissioner Scott Lee, from the AFP’s Counter Terrorism and Special Investigations team.

“I think there’s a range of factors, but one that can’t be underestimated is the magnification of the online environment and what that means for the radicalisation of these young individuals,” he said.

“That’s certainly what we’ve seen during the COVID period as people come out of the physical world and have been in isolation and driven into the online environment … and that’s exacerbated some of the radicalisation we’ve seen.

“I would say that we’re seeing a younger demographic, and that may or may not be on the back of easy access to social media,” he said.