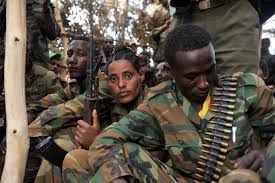 Troops from the African Union Mission in Somalia (AMISOM), alongside the Somali National Army (SNA), killed six Al-Shabaab militants in an area about some 35km northeast of the southern Somali town of Kismayo and captured a location.

Kibet said that there were no casualties on their side.

Islamist group Al-Shabaab did not immediately comment on that. The group has been fighting against the Somali government for years, staging frequent attacks in the country.

The joint forces have increased their operations against the militants as part of efforts to secure the ongoing elections in Somalia.