You are here: Home / Africa / AU plans another force to fight terrorism in north of Mali 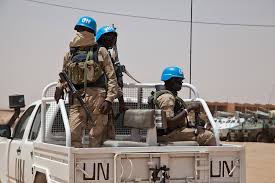 The African Union High Commissioner for Security and Peace Smaïl Chergui announced Sunday in Oran that that the Pan-African Organization intends to set up “another force in northern Mali to fight against terrorism an d the organized crime.”

Speaking on the sidelines of the 3rd High Level Seminar for Peace and Security in Africa in Oran, he said that « terrorism and the organized crimes are threats to the Peace Accord in the region.”

Early 2013, the AU set up an African-led International Support Mission to (MISMA), transformed on 1st July of the same year into MINUSMA, United Nations multidimensional integrated stabilization mission in Mali.

Chergui has also said that the AU wants to mobilize a force against Boko Haram and set the necessary funding for armies to fight against those groups who activate in the Chad Lake zone.

“AU advances at sure steps as the stake is great and this effort against terrorism must be everyone’s effort, a global effort,” he underlined, adding that the African Organization has mechanisms of fight against terrorism in the Continent.

In this regard, he mentioned the force of fight against Shebab groups in Somalia, which is a special force against the terrorist groups activating in Uganda, as well as an AU-UN joint force in Darfur.